When Monaghan Ladies reached the All-Ireland Final  in September 2012, schools from Monaghan and Cork were given the opportunity to write a poem about their team. Out of all the schools three winners were picked and their poem was to be published in the match programme. Our very own Aimee Brennan was one of those top three and along with this great honour she also won tickets to the Final in Croke Park for her family and friends. Congratulations Aimee! 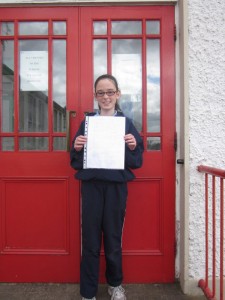 Every year, we as a school, take part in the ‘Write a Book’ competition. We pride ourselves in always achieving a high standard of story books, poetry books and illustrations that go along with them.

There is a lot of hard work and preperation involved in putting these books together, from the children inventing a title, devising the content of the story/poems, illustrating the book and designing a cover.

The children thoroughly enjoy taking part in this particular competition and find great satisfaction in creating their very own book using their own ideas, creativity and initiative.

Our school takes part in the Credit Union Quiz annually. The children are tutored by their teachers in advance of the quiz. 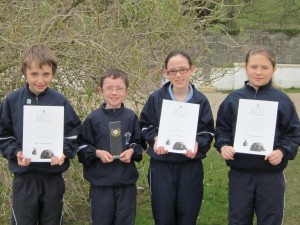 The pupils of fifth and sixth classes enjoy  the annual cycle with their principal Mr. Macklin in the month of June 2012. They explored the villages of Glaslough, Caledon and Middletown.
Home