On the 5th of May 2015, Third, Fourth, Fifth and Sixth Classes went to Oxford Island, on the shores of Lough Neagh, the largest island in the British Isles.  The Ulster Blackwater also flows into the Lough.  Niall O’Connor organised this trip because we have been invited to the Helix, D.C.U. on Wednesday 20th May to receive our 5th Green Flag for three years of work on Biodiversity. 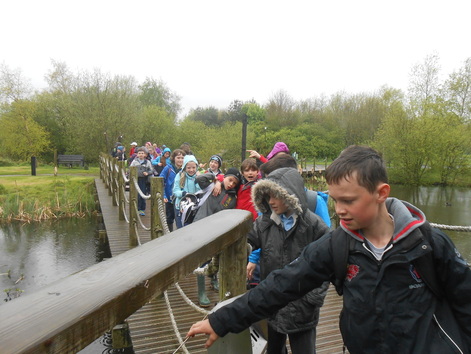 When we arrived, it was lashing rain so we glad to go to upstairs room for a snack.  After that we went to the Education Room for a power point presentation.  Pascal (Plastic!) one of the two guides showed us slides about the four habitats in Lough Neagh:  woodland, wet grassland, open water and the water’s edge.  He also told us about the famous Lough Neagh fly and the eel which smells awful. 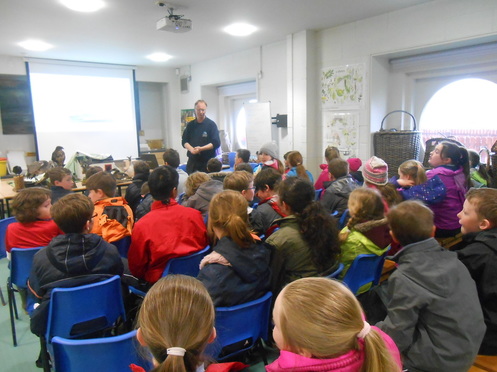 After that we got into groups and went on a mini-beast hunt.  We found five Lough Neagh flies, three great diving beetles and a woodlouse. 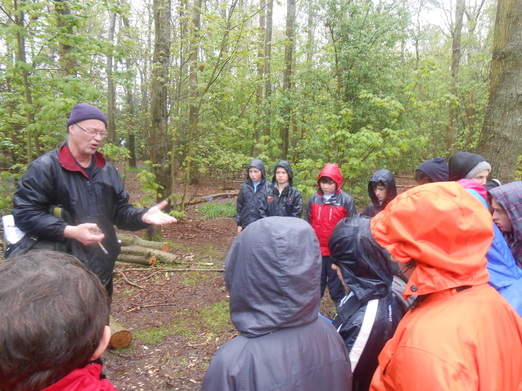 After that, we went pond dipping in the pouring rain. We were given nets, trays and identification charts.  We only found a water boatman and a mite.  I think the little creatures were hiding from the rain. 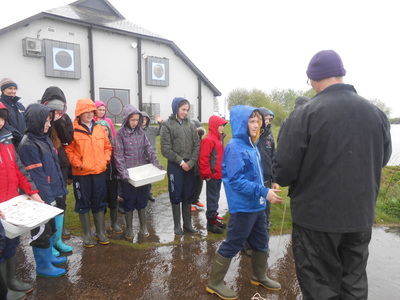 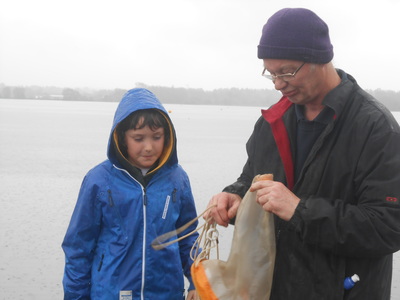 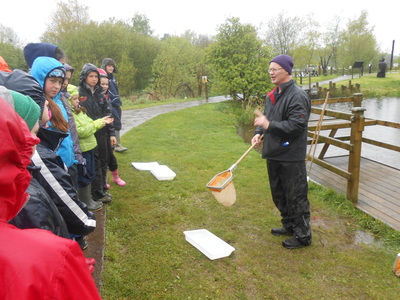 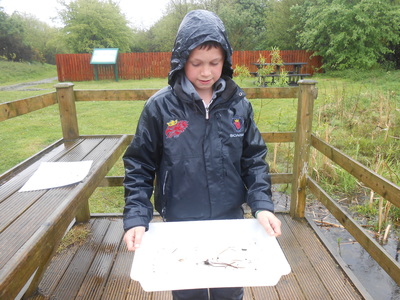 The rain was torrential so we had to go inside where we changed out of our damp wet clothes so we could enjoy our lunch.

Afterwards Pascal talked to us about the hen harrier, mute swan, the coot and the sparrow hawk in the Education Room because it was too wet to go back outside.  He passed around the stuffed birds.  It was interesting to feel the soft feathers, and see the talons and beaks. 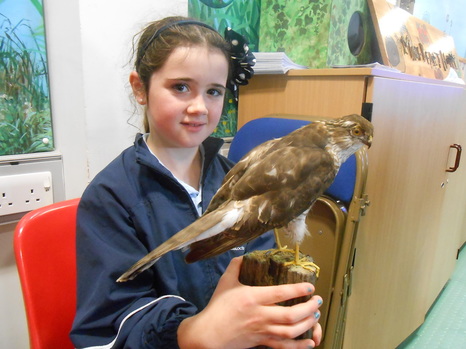 At half past three, we got into the bus and cars and headed home through Portadown and Armagh.  We had a great day but it was a pity about the weather.  We will never forget the swarms of flies either.  We hope to  return some day.