On Wednesday 15th and Thursday 16th May we entered a boys and a girls team into the annual FAI 5 aside Soccer competition in Gortakeegan.


Wednesday was the boys competition and off we went with a fully fit squad of 11 players - Channan khaongham, Darcy colleran, Mathew Duffy, Jaden Traynor, Harvey Colleran, Matthew Curley, Jack Roberts, Pauric Mc Quaid, David Duffy, Matthew Finn and Caolán Mc Kenna.
Our boys played tough and worked hard and their performances were justified with 2 wins out of 3. We came up against Annalitten, Drumgossat and a challenge game against Gaelscoil Lurgain.
Caolán Mc Kenna was awarded 'Player of the Tournament'.
They thoroughly enjoyed their day out. Well done boys! 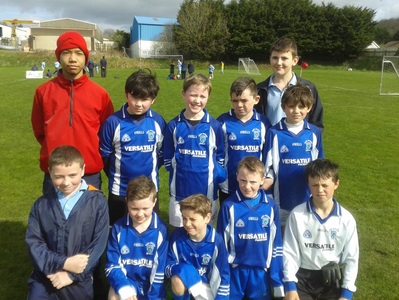 Next it was our girls turn to take to the field with a squad of 9 super talented players - Aine Aughey, Molly Roberts, Bríd Mc Nally, Lucy Duffy, Eva Molloy, Aine Mc Quaid, Caoimhe Treanor, Courtney Molloy & Aoibhe Treanor.
We won our first three games convincingly against Blackstaff, Ballybay and Scotshouse. Topping our group, we were now into the semi-finals against Model school. After a nail biting contest Model school won on a small margin of 2 goals to 1.
A fantastic team performace and Áine Aughey was awarded 'Player of the Match' for the semi-final. Well done girls! 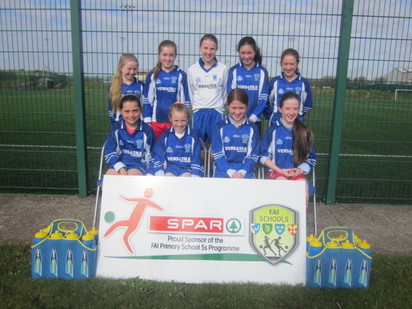 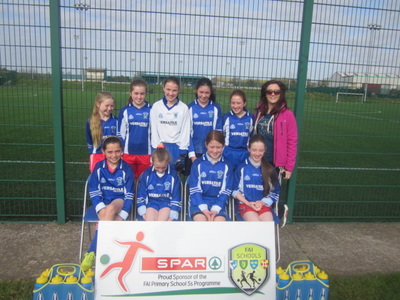 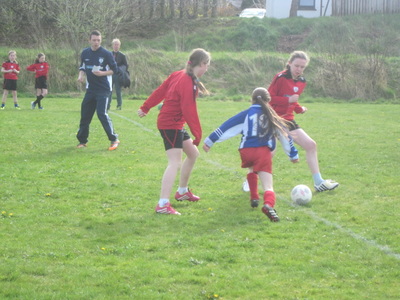 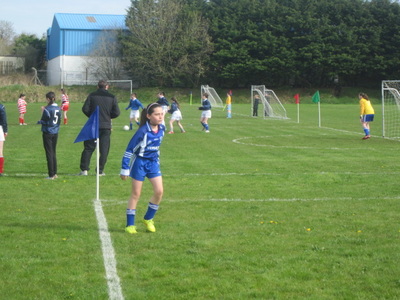 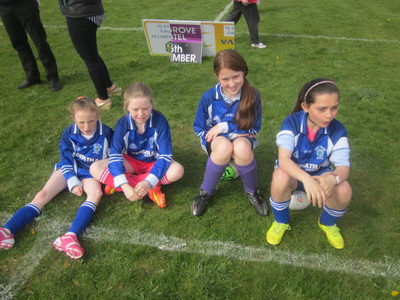 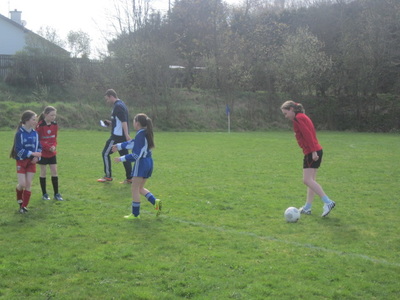 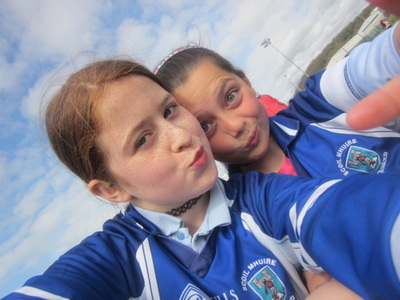 Our tournament is well underway with a very exciting league. Each team has played each other twice and scores have been recorded. All teams are evenly matched and have battled hard over the last few weeks to make the semi final spots.
Teams are as follows -    Liverpool
Chelsea
Barcelona
Real Madrid
Bayern Munich
Man City
A. C Milan
Arsenal 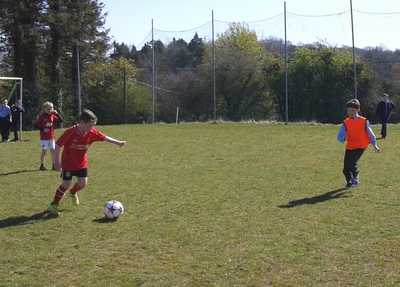 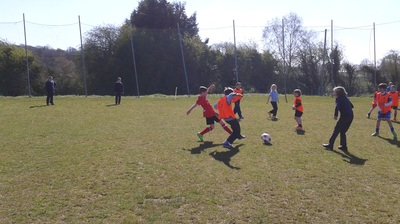 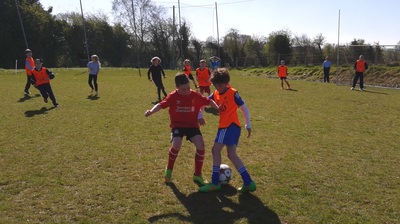 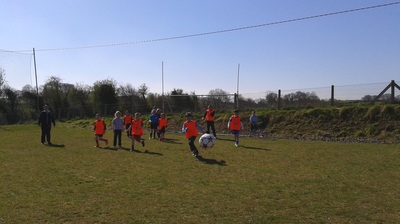 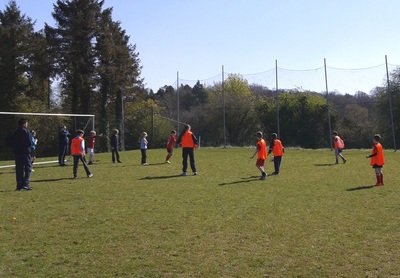 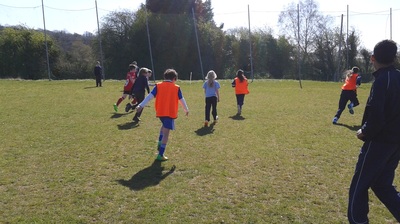 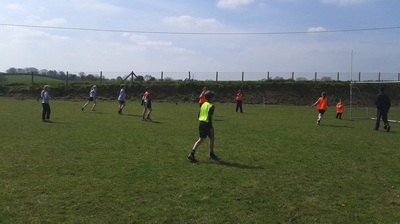 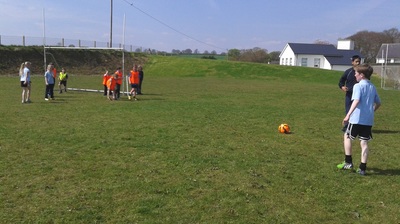 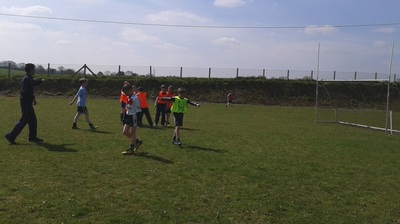 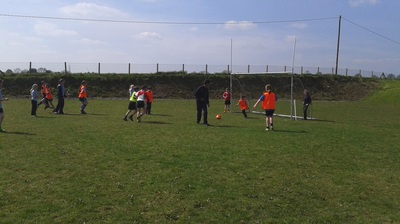 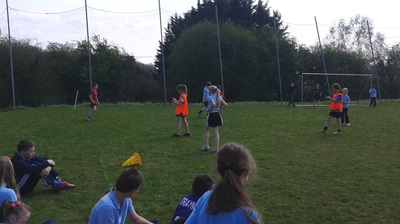 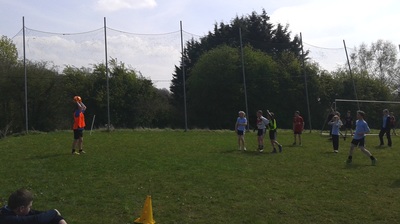 On Wednesday 25th & Thursday 26th January 2012 boys and girls from 4th Class took place in an Indoor Soccer Blitz in Carrickmacross. Throughout the days they played three games each and performed brilliantly. A fun day was had by all and everyone came home smiling!

Our boys even went one step further and represented County Monaghan and
Ulster in FAI All-Ireland Final 2012 in Tullamore. A massive achievement boys. 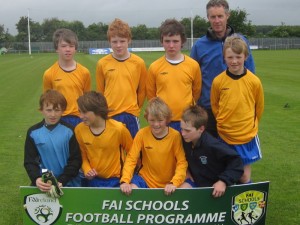