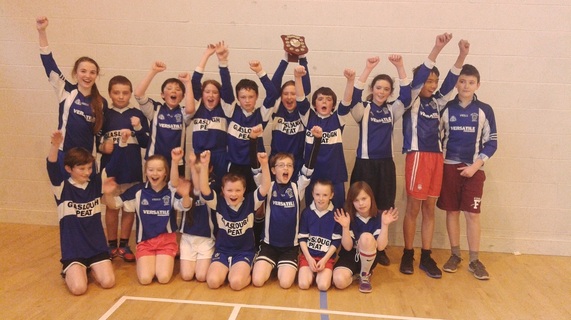 For the third year in a row we entered the Primary Schools Basketball Competition sponsored by Blackwater Steelers and held in St. Macartns Sports Hall.
We entered two teams and played several games throughout the day against Rockcorry N.S, Blackstaff andTydavnet to name but a few .
Both teams played fantastic during the whole tournament and it was our 2nd team who brought home the silverware after a triumphant win against Blackstaff in the Final!
Congratulations to all our talented basketballers and a big Thank you to the organisers. 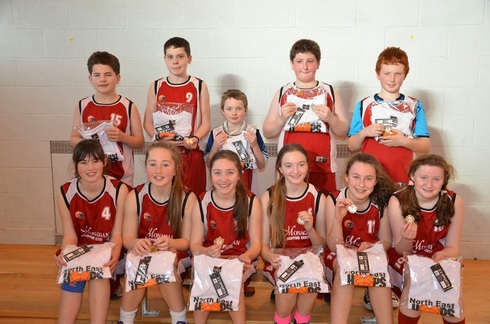 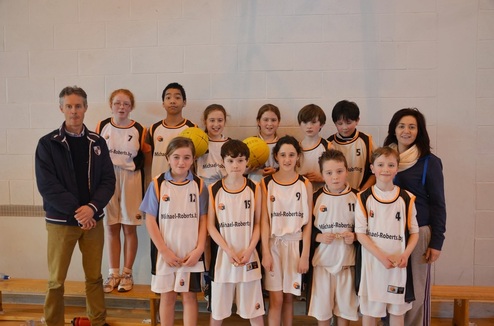 On the 20th February, 5th and 6th Class pupils went to St. Marcartan's college to play in the Primary School's County Basketball Championships. We entered an 'A' team and a 'B'team. I will tell you how the 'A's got on.
Our first game was against Tydavnet. In the first quarter Emily, Shauna, Alex, dylan and Seanie were playing. Dylan had a great steel and dribbled up the court to score. In the second quarter Oisín, Aimee, Mia, Rachel, Billy and Eoin played. Oisín was fantastic in defence and never let a ball past him.

Our 2nd game was against Rockcorry with the same order of quarter and our determination got us to the final!

The last and final game was against Blackstaff and we used full court. The game started with a lay up by Emily and ended with a lay up by Alex. The score was 10-0 to us. By the 3rd quarter we were all getting tired, the score was 11-18 to us. We went out on the court for the last quarter. The final whistle went and the final score was 24-15 to us. We were awarded with a medal and a North Hoops Top, we were delighted and more importantly - Our first team trophy of the year

A massive thanks to our coaches Delma Mulligan, Miss Treanor and Mr Macklin. Also, to our taxi drivers June Corrigan, Miss Treanor, Patricia and Delma. . (Written By Alex Mulligan and Oisin McElmeel) 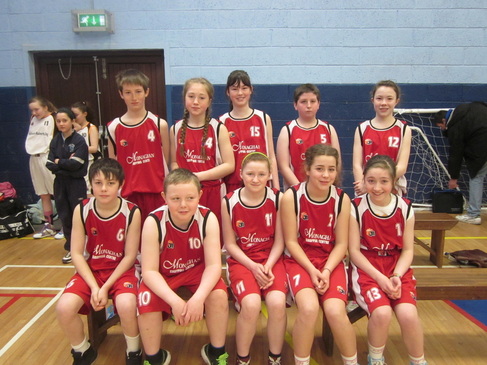 St. Mary’s N.S. claimed victory in the recent County Basketball competition for smaller schools.There were 8 teams in the tournament and Glaslough beat Blackstaff in a very exciting final.

There were more excellent performances from many of the Glaslough team especially Andrew O’Connor, Alex Mulligan, Mollie Molloy and top scorer Colin McQuaid.  Glaslough were coached by Delma Mulligan and Tom O’Connor and many of their players play with The Blackwater Steelers.