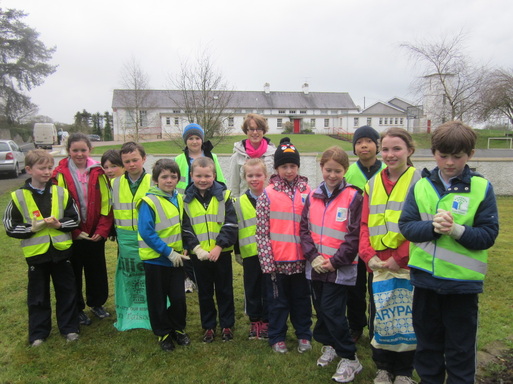 Wednesday 24th of April was Heritage Day number four. We were all very excited as Caitríona  and Ms Dowling took us on a walk to the Biodiversity Garden near the Oakland  Centre in Glaslough village.  We named plants and picked up litter along the way .

When we got there we played a game that described the layers of the forest: Canopy, Shrub, Flower and Ground .

After that Caitríona gave us all beating trays and we got sticks. We held the tray under some ivy and leaves and beat them with the sticks.  Many insects and arachnids fell in and so did some twigs and leaves. Then we brought the trays back to Caitríona and she gave us some magnifying glasses to study and name them.  We found springtails, flower bugs, blood suckers, green flies, spiders and lacewings  . 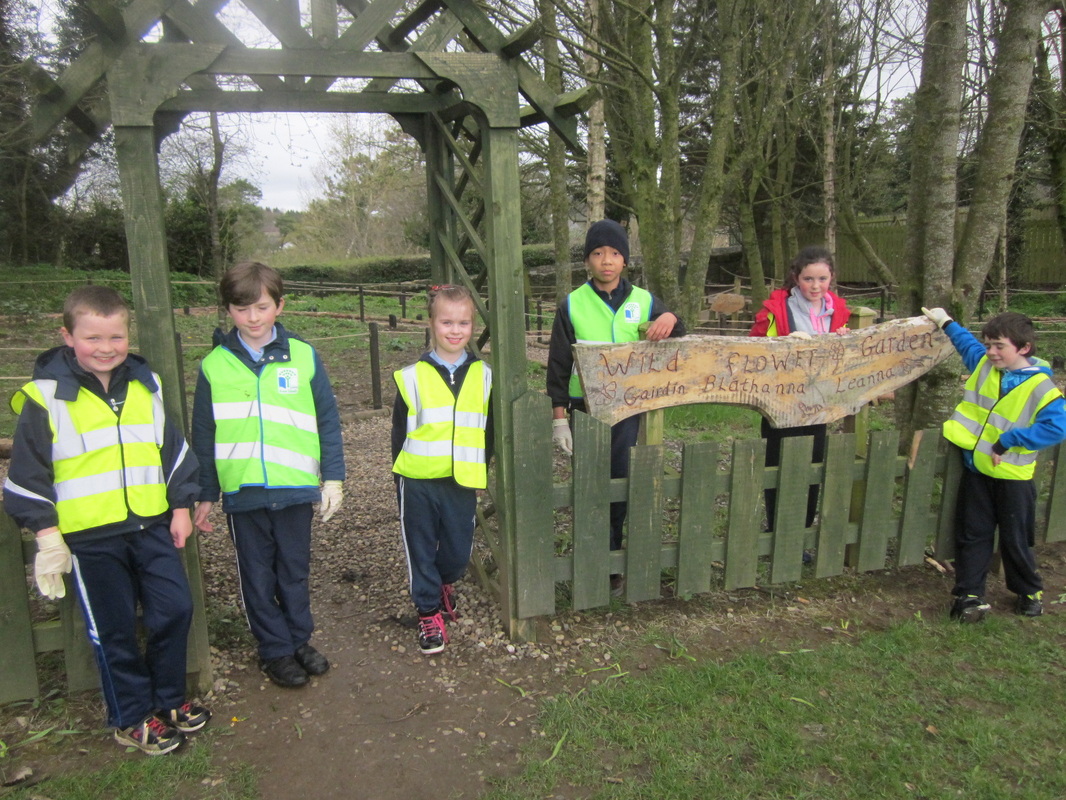 Then she showed us a laminated poster called a key. It helped identify what mini beast we were looking at. Next she went on to explain which animals ate insects including garden birds and bats.

After that we were given pooters.  A pooter has a green tube and a white tube. You suck through the green one and the mini beast comes through the white tube.  When we came back we had found earwigs, beetles, spiders, woodlice and millipedes. 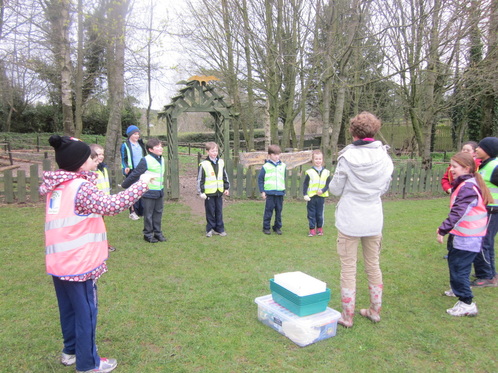 Suddenly I looked down and saw a huge earthworm.  I carefully removed it and placed it carefully in the garden. 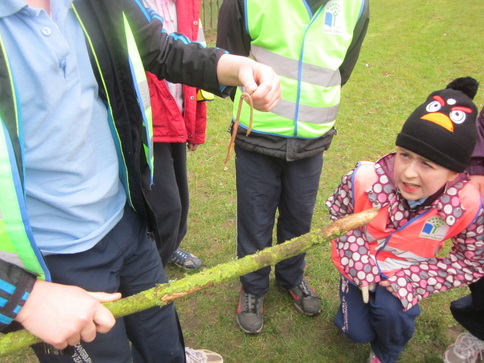 We were treated to juice and biscuits in the Oakland Centre before returning to the school.