First Green Flag - Environmental Awareness
In 2005 we were awarded our first Green Flag. This is a European prize awarded by An Taisce to schools promoting environmental awareness. Our theme for the first two years was litter awareness and management. 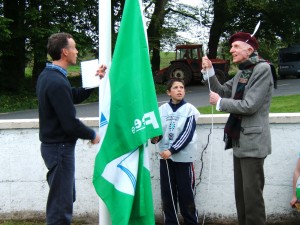 In 2006 and 2007 the focus of our Green Schools campaign was on Energy Awareness. In February 2008 we received our second Green Flag. 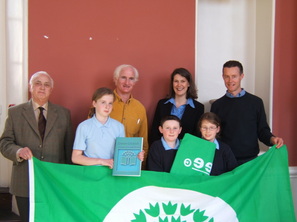 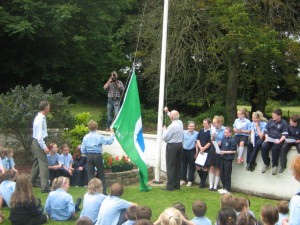 Over the next two years our focus was on the theme of ‘Travel’ and we received our fourth Green Flag in 2012. Our Green Schools Committee, the school staff, parents and all the boys and girls in the school have worked very hard for this prize and we are very proud of our achievement. Congratulations to everyone involved. 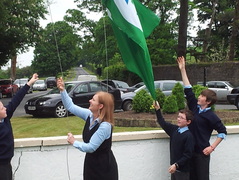 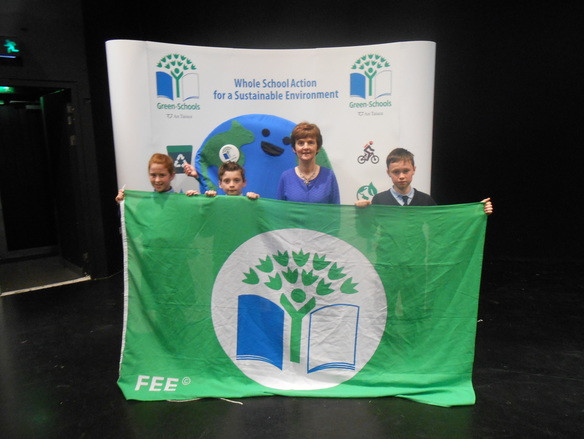 Earlier this year at our March Assembly Mr. Macklin announced the good news that we would receive our fifth green flag in May. 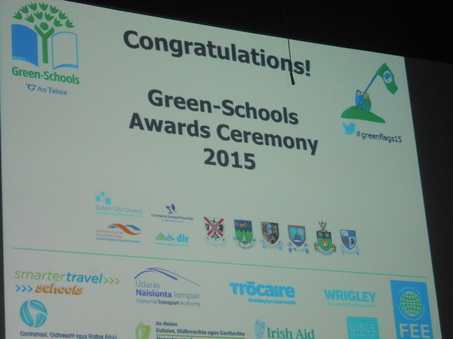 I was delighted to be chosen as well as Eva Molloy 6th Class and Caolán Mckenna 5th Class to accompany Mrs Dowling to the Helix DCU to collect the award.  We went on Wednesday the 20th of May on a bus from McNally’s carpark, Monaghan.  There were lots of other schools joining us. 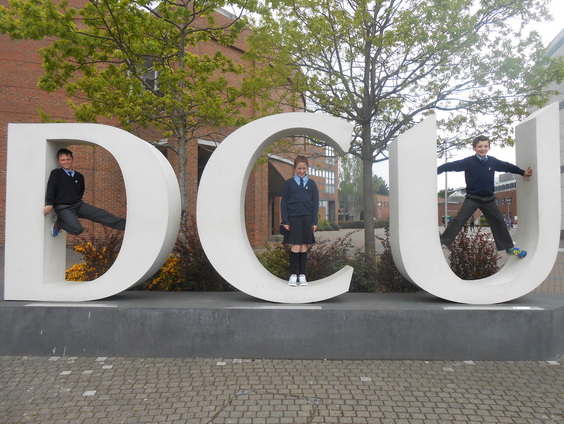 We arrived at the Helix theatre at one o’clock.  Firstly we got our photograph taken before going upstairs for lunch.  I had breaded chicken and mashed potatoes. Afterwards I had a chocolate muffin and orange juice.


At 2 o’clock the award ceremony began. Only schools from Co. Monaghan and Co. Kildare got flags.  Scoil Rois from Carrickmacross opened the ceremony with a mind blowing Save the Environment rap in Irish. 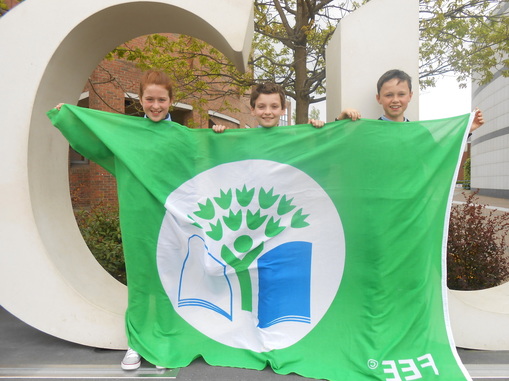 A few schools were getting their first flag. Quite a few schools got their second and third flag. Four schools including St. Mary’s  got their Biodiversity flag.  There were fifty six schools present in total.

When our name was called out we went up with delight.  Eva was given the certificate and Caolán took the flag from Nial O’ Connor Environment Officer with Monaghan Co. Council. It was over at 3 o’clock.  We went outside the campus and took photographs on the grounds. 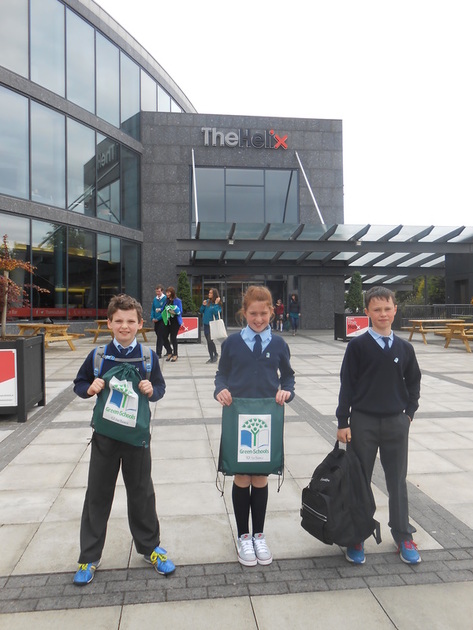 
It was a day I really enjoyed and will never forget.
Niall Corrigan
4th class.